Today businesses at large need to operate in an agile manner, most importantly by responding to changes and following a plan. For quick and accurate decisions on a product, opportunity or sales channel, an organization relies on historic and extrapolated data from its Data Warehouse or Business Analytics group. It is vital to gain insight by utilizing the hidden resources for forecasting growth, pilferage, downtime, risks and any other important parameter affecting future business.

This Management Development Program sensitizes participants on how companies can harness the potential of Machine Learning to make more informed decisions and conduct diverse activities in radically different ways to create value and business growth.

The program is designed to enable participants to diagnose business problems captured in structured and unstructured data, conduct an in-depth analysis of the external and internal environments and understand how best to generate strategic business insights, leveraging Machine Learning.

Program Features at a Glance

The program will consist of lectures, case studies, team-based exercises, white papers and presentations. Participants will be provided with textbooks on Statistics, Machine Learning, DBMS and Big Data. The lectures will be supplemented with videos and discussion on current events. Participants will be encouraged to analyze organizational case studies and derive meaningful and reasonable solutions to the problems depicted in them. 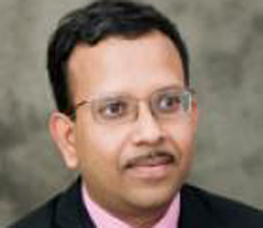 Prof. Indranil Bose is Full Professor of Management Information Systems at the Indian Institute of Management Calcutta. Presently he is Co-ordinator of the Case Research Center at IIM Calcutta. He has acted as Chairperson of Post Graduate Diploma in Business Analytics, Co-ordinator of the MIS Group, and Advisor of Analytics at the State Bank of India. Previously he was a faculty member at the University of Hong Kong, University of Florida, and the University of Texas at Arlington.

He has published 150+ papers in well-regarded journals and international conferences in the areas of business analytics, telecommunication, innovation, and information security. Among these 75 papers have appeared in top-tier peer-reviewed journals. He was ranked as the 29th most productive researcher in the world in terms of publications in top-tier journals in Information Systems (2005-2014) and the most productive researcher in terms of quality and quantity in Indian management schools (2004-2014). He is frequently included as a program committee member for major international conferences in ICT. 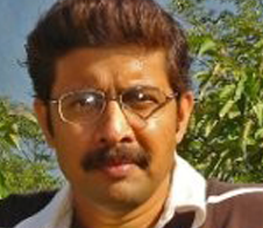 Prof. Arijit Sen is an IT Professional for over 23+ years in the IT Services Industry. He has worked in reputed IT Services Organizations (e.g. Infosys and Cognizant) for more than 18+ years. Started his career as a Developer (C/C++) and then as an Architect for about 16-17 years.

He has also worked as a leader in 10+ application development projects in his career (6+ years) where he had extensive Customer relationship management (Technology perspective primarily) experience. Arijit has spent more than 5+ years at onsite (mostly at US) in the Senior/Principal Architect role in BFS (Banking and Financial Services) domain for clients like Goldman Sachs and ABN AMRO. Led several CoEs (Center of Excellences) on Cloud and DevOps. Worked in Big Data and Machine Learning innovations for the last 3 years both as a developer and Architect. 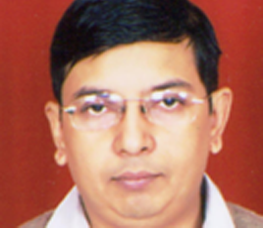 Professor in the Operations Management Group of IIM Calcutta

He has authored two other books titled Optimal Design of Timetables for Large Railways and Business Applications of Operations Research. He was awarded the Fulbright-Nehru Senior Research Fellowship for research at the University of Michigan, University of Texas and BNSF Railway.