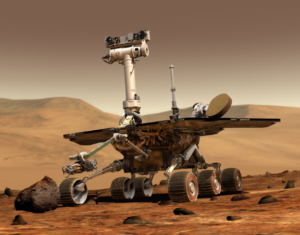 Space is so vast how can we ever explore all of it? We may finally have an answer — Artificial Intelligence.

The world is but a mystery and AI could help in finding answers and explore such mysteries.

AI (Artificial Intelligence) has long been a companion of space research agencies like NASA, European Space Agency, CNSA (China National Space Administration) and Space X. The history of AI and space exploration is older than anyone could possibly think. Let’s travel back in time of World War II when more than 30 countries got involved in the war of the worlds. During World War II, a Rocket Booster technology was developed enabling the first generation of spaceflight, with the Soviet Union and the United States launching artificial satellites and interplanetary probes using AI technologies. The journey had started long back in the mid 20th century.

But the recent breakthroughs and discoveries have resulted in AI gaining momentum in space research. AI has helped astronomers discover two new planets in our solar system, along with exoplanet discoveries. AI has also helped in establishing new theories about how Mars lost some of its water. 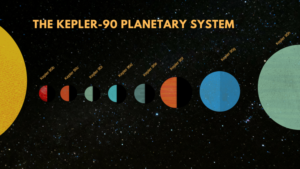 By using machine learning NASA discovered Exoplanet Kepler-90i that surrounds Kepler-90, a distant Sun-star, about 2,545 light-years from earth. The Eight-planet was discovered using data from NASA’s Kepler Space Telescope. Scientists trained the model using neural networks to identify exoplanets from Kepler’s recorded signals or datasets, which according to Paul Hertz, director of NASA’s Astrophysics division, is a treasure trove of data waiting for the right tool or technology to unearth them.

Intel is helping NASA develop an AI system that can assist astronauts in finding directions, an AI that will be a personal assistant to Astronauts, like Siri and Google assistant is to us, but even better because it is specially designed for long-duration space flights.

Let’s consider the challenges the astronauts face during space travel

There are various challenges that the spacefarers face, both mentally and physically. If considered biologically – we humans were not designed to spend long time in space, but yet we have managed to travel in space, land on the moon, discover planets, these words of Neil Armstrong – “One small step for a man; one giant leap for mankind.” will remain alive forever in our hearts. 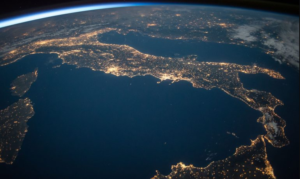 70% of the astronauts become ill going into space, 50% become ill to the extent of vomiting, the reason being Zero-Gravity condition. Astronomers face difficulty to cope with free fall in zero-G condition. A robot or an AI could help astronauts, by keeping track of their behavior and aiding them by providing medical help when needed.

AI can help condition humans before their long-hauled space journey and can especially be useful in completing missions in deep space or on another planet, when reporting system fails to respond. With deep learning technique applied to speech recognition and facial recognition, AI can conduct a two-way conversation with astronauts and learn from their conversations.

Tedious, redundant and dangerous tasks could be served well by an AI based robot, assisting astronauts with the procedures or steps of various experiments. One such space exploration friendship between a human and a machine had begun with CIMON (Crew Interactive Mobile Companion) on 29th June 2018 CIMON (a small football-shaped robot endowed with AI) was launched, on a 2-day mission to the ISS aboard Space X’s Dragon Cargo Capsule.

CIMON’s mission is a technology demonstration designed to show researchers how humans and machines can interact and collaborate in a space environment. Designed by Airbus and IBM with funding from DLR (German Aerospace Centre), the device is modeled after the character of Professor Simon Wright, “the flying brain,” from the anime series Captain Future. Its mission calls for the robot to work with Alexander Gerst (European Space Agency astronaut) on experiments with crystals, Rubik’s cube, and complex medical experiment.

As stated by Christian Karrash, CIMON project leader at DLR –

“If you go out to the moon or to Mars, you cannot take all of mankind and engineers with you, which suggests the astronauts will be on their own. But with AI, you have instantly, all the knowledge of mankind.”

AI’s potential use cases have developed in the past, below are few use cases illustrating the same

The Earth Observatory satellite EO-1, launched on Nov 31 in 2000, a part of NASA’s New Millennium Program was pioneered to map activities like volcanic eruption, floods, and testing satellite technologies. EO-1 was the first to uncover the methane leak from space and to track regrowth in partially logged Amazon forest from space. Its onboard AI system helped analyze and optimize responses to a natural occurrence.

The Future of Space flight

Scientists see great potential in expanding the role of AI on the Red planet. With Space X intending to colonize Mars and turning humans into space colonizers and NASA’s Mars Science laboratory mission which successfully landed Curiosity rover on Mars in August 2012, the rover is still operational and as of April 23, 2019, Curiosity has been on Mars for 2386 sols (2451 total days).

With the development of a highly capable AI humanoid by DLR, a German Space agency, our future homes on mars is further taking its shape. The humanoid, Rollin Justin, is a platform for research in service robots. It can handle tools, navigate obstacles and catch flying objects. The 200 Kg and 1.9 meters tall humanoid will carry out household tasks in the future and assist astronauts in space. The robot was first presented to the public in 2008.

It’ll be a while before intelligent robots are ready to do any real heavy lifting in the final frontier- say helping astronauts repair damaged spacecraft systems or treating sick crew members. This is a slice of future of human space flight.

“AI is already a game changer that has made scientific research and exploration much more efficient. We are not just thinking about a doubling but about a multiple of ten” – Leoplold Summerer, Head of the Advanced Concepts and studies office at ISA.